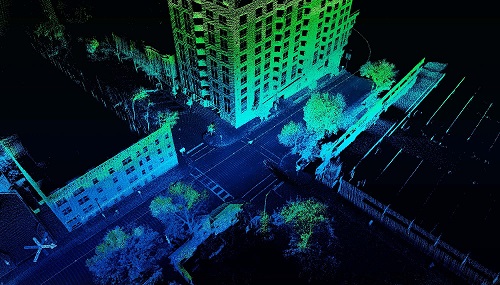 LightCounting releases a research note on adoption of autonomous driving and progress made by lidar suppliers.

“Stock market correction of historic proportions” is how Masayoshi Son described the current situation, as SoftBank’s flagship Vision Funds reported a record ¥3.1tn ($23bn) quarterly net loss this week. Softbank invested heavily into disruptive technologies over the past two decades and many of the bets paid off well, including Alibaba. Ignoring the risk of these bets was a mistake, as Mr. Son confessed in a recent presentation to Softbank’s shareholders: “I am ashamed of myself for being so elated by big profits in the past.”

With this background in mind, data shown in Figure 1 is not too surprising. The market correction decimated the stock prices of the 6 publicly traded western lidar makers tracked by LightCounting Market Research, along with many other high-tech companies in the US and Europe. Another concern of the investors is that all the vendors, shown in Figure 1, are tiny businesses, that would have never been publicly traded if it were not for SPACs. Velodyne, the largest of the pack, reported around $60 million in revenue last year.

Intel’s Mobileye is a dominant player in autonomous driving technology, offering a full stack solution: from ICs, to software and even lidars. Intel announced plans to spin off Mobileye in 2022, but this will not happen until market conditions improve. 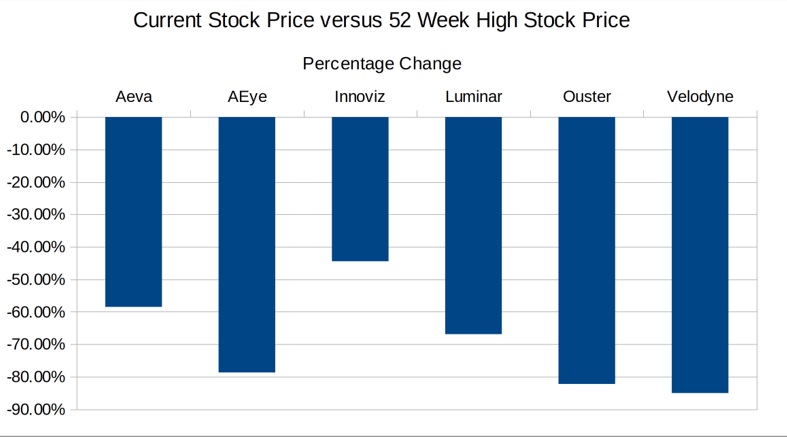 The situation in the Chinese stock market is remarkably different: newly listed companies raised a record $58 billion in 2022. While the broader stock market in China is down this year, shares of the new listings are up by more than 40%.

Experts argue that there are fewer speculative tech businesses among these listing than a few years ago. Investors really like companies developing hardware, including ICs and other components – the industry segments enjoying solid backing from the Chinese government. Electric vehicles (EV) is one of the favored segments and almost all EVs come equipped with some level of autonomous driving, enabled by multiple sensors, often including lidars.

Hesai, Robosense and ZVision Technology are among the Chinese lidar companies closing last rounds of funding and lining up for IPOs now. HorizonRobotics is another interesting company in the IPO pipeline. It develops AI chips, cameras and lidars for autonomous driving – a potential competitor to Mobileye in China.

We think that both sides are right: the up and down cycles are necessary parts of funding the innovation and bringing it to market. The industry gets carried away with the new technologies during the boom years, but the recessions offer a sanity check for many of the ideas and products as well as giving an extra few years for new technologies to mature.

Masayoshi Son should not despair. The high-tech winter will be followed by spring and some of his investments will pay off handsomely. The same is true for the lidar developers: many of them will wither during the winter but some will be remarkably successful, when the spring comes.

This research note offers a summary of the latest trials and ealy commercial deployments of autonomous vehicles as well as progress made by the leading lidar developers. Full text of the research note is available to LightCounting clients by logging into their accounts.

LightCounting will be updating the forecast for 3D sensing and lidar markets in November 2022: Optics for Lidar and 3D Depth Sensing in Smartphones.