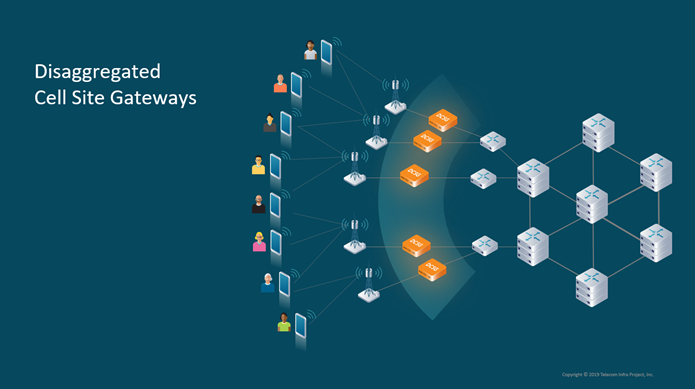 “Like open RAN, the elimination of vendor lock-in and the abundance of NOS software options are the primary drivers for adopting DCSGs. Unlike open RAN, there is no Rakuten Mobile to drive volumes and as a result, the DCSG market is not reaching the level all disaggregation proponents would like to see,” said Stéphane Téral, Chief Analyst at LightCounting Market Research.

Our quarterly discussions with many NOS software and white box hardware players involved in the expanding DCSG ecosystem led to the following findings:

Until we get more insights into the impact of 5G reaching ubiquity, our DCSG forecast is a CSG replacement. In the long run, we expect 5G use cases to dictate the DCSG addition rate, along with the 2nd 5G rollout wave or cycle.

LightCounting’s Disaggregated Cell Site Gateways Report analyzes DCSG architectures and implementations, including its emerging ecosystem, and tracks white box hardware units and sales, and software sales, all broken down by regions including North America, Europe Middle East Africa, Asia Pacific, and Caribbean Latin America; a few regions include country breakdowns.  It includes the total number of cell sites worldwide and a 5-year forecast. As this market is just emerging, it is too early to publish vendor market shares.

Companies covered in this report include more than a dozen NOS and white-box hardware specialists as well as established telecom network equipment vendors such as Cisco, Ericsson, Juniper Networks and Nokia Networks.