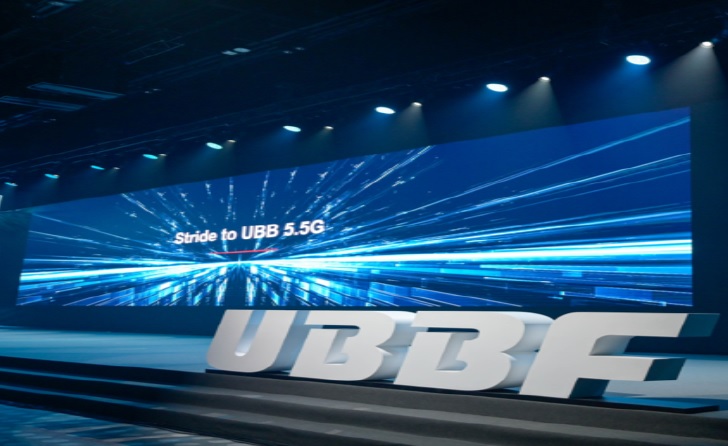 The 8th Ultra-Broadband Forum (UBBF), hosted by Huawei with the support of the Broadband Commission, was held in Bangkok, Thailand from October 27th to 28th. The Broadband Commission for Sustainable Development was established in May 2010 as a joint initiative by the International Telecommunication Union (ITU) and the United Nations Educational, Scientific and Cultural Organization (UNESCO) to promote Internet access, and in particular, broadband networks in order to help achieve United Nations’ development goals. The event was part of the APEC 2022 program, which is a yearlong initiative to promote economic cooperation between the countries of the Asia-Pacific, comprised of several conferences and tradeshows hosted in Thailand’s capital city Bangkok.

Mr. AM. Thanapant Raicharoen, Commissioner, Office of the National Broadcasting and Telecommunications Commission (NBTC) opened his keynote presentation by sharing his plans for extending Internet connectivity to 5 thousand villages across Thailand to reduce the digital divide. NBTC announced a 5-year “Digital Master Plan”, which includes expanding connectivity to rural areas as well as an urban program: “Giga City = Full Fiber + 5G”. The program is designed to transform Thailand into an “ASEAN Digital Hub” and accelerate the digital transformation of Thailand’s economy.

Luis Jorge Romero, director of ETSI quoted data from OECD that a 10% improvement in broad-band penetration leads to a 1.5% gain in labor productivity. The OECD is an organization of developed nations, but if a similar study was conducted by APEC the gains in labor productivity would probably have been 5% or even higher. APEC countries do not have time and resources for such studies, but they know the answer and they are busy deploying broadband.

The digital transformation strategy is not unique but implementing it in Thailand may have less headwinds. The country is open for business with anyone, including both China and the United States. The rival superpowers are actively investing into Thailand. China has a thousand-year-old history of trade with this country, proven to benefit both nations, but this is a more recent strategy for the US as it is starting to decouple from China. Many US companies are moving manufacturing from China to Vietnam, Cambodia, Thailand, and other APEC countries now, countries which may emerge as the lucky winners of the new Cold War.

My personal experience from visiting Bangkok to attend UBBF and staying in the area for another week for sightseeing in Cambodia and Thailand was fantastic. They are the friendliest and hardest working people on the planet. They will bargain until the cows come home, but they will take on work and deliver as promised. While Thailand is still a low-income country and Cambodia is emerging from utter poverty, the economic momentum is clearly positive. Give them another decade of political stability and this region will become a lot more productive and prosperous.

Dr. David Wang, Executive Director of the Board, and Chairman of the ICT Infrastructure Managing Board of Huawei presented a forecast for adoption of 1 Gbit/s services enabled by deployment of 10G PON and 10Gbit/s services which will be supported by deployments of 50G PON, illustrated in figure below.

Economic benefits of FTTx deployments were discussed in depth at the event, with a lot of data on improvements in cost and profitability from several countries in Europe.

Full text of the research note is available to subscribers at: https://www.lightcounting.com/login